There’s nothing like the sound of live music and cheering fans – all that and more was back at Scotiabank Centre this year as we re-opened our doors to live events! Together with our tenants and partners, we worked to host events safely, helping to bring excitement and vibrancy back downtown for our community.

ALIVE WITH EXCITEMENT IN MOOSE COUNTRY

Perseverance is a word that comes to mind when describing the Halifax Mooseheads over the past two years. The team has been incredibly committed to their fans, doing whatever it took to play live games in front of them within evolving Public Health protocols. Despite the challenges of adjusting to restrictions, the Mooseheads played their full season and were so thrilled to get back to playing on home ice.

“I think I was most happy for our players at the end of the day. Up until late this season, we had several players on our team that had not experienced playing in front of a large, boisterous Scotiabank Centre crowd, I was thrilled to see them experience that first-hand. We are so fortunate to have the fan base we do in Halifax, I can’t say that enough.”

THUNDERBIRDS RETURN TO THE NEST

Since the Halifax Thunderbirds’ inaugural season, they have captured the hearts of many, bringing a new calibre of sport to Scotiabank Centre and expanding interest in lacrosse across the province. Welcoming the Thunderbirds back to the Nest for the first time in almost two years was something our staff, the team, and our community had been waiting a very long time for.

“It was a relief to get back to Halifax and start playing lacrosse again. With all the success we had seen in our inaugural season being cut short, it was essential for us to be back to playing games in the market.”

Despite the ups and downs of the pandemic, the lacrosse community continued to grow, and fans only became more eager for the Thunderbirds’ return. To stay connected with their fans, the team hosted virtual events with players, coaches, and staff and even produced a bi-weekly online show to engage with the local lacrosse community.

That all paid off when the Thunderbirds returned to their home turf to an amazing crowd of fans who were more than ready to welcome them back.

AUS IS BACK AND BIGGER THAN EVER

The AUS Subway Basketball Championships made their return to Scotiabank Centre this year with an extra day of action and all 16 men’s and women’s teams competing for the championship!

“To return to Scotiabank Centre and be in that atmosphere again brought it all back to what we’re trying to achieve. The AUS Championships are a culmination of all the hard work put in by the coaches and student-athletes, both on the court and in the classroom. This weekend is their reward. Even if you don’t come out a champion, it is still a very special place to be because of the fans, their energy, and positivity in Scotiabank Centre.”

The AUS Championships is an opportunity to show the region, and the world, a showcase of some of the most talented athletes in university sport, and we were thrilled to have them back home.

While we were busy hosting events this past year, we were also focused on the future. We know our community is always planning ahead for the next major event, and we’ve got a jam-packed schedule next year. 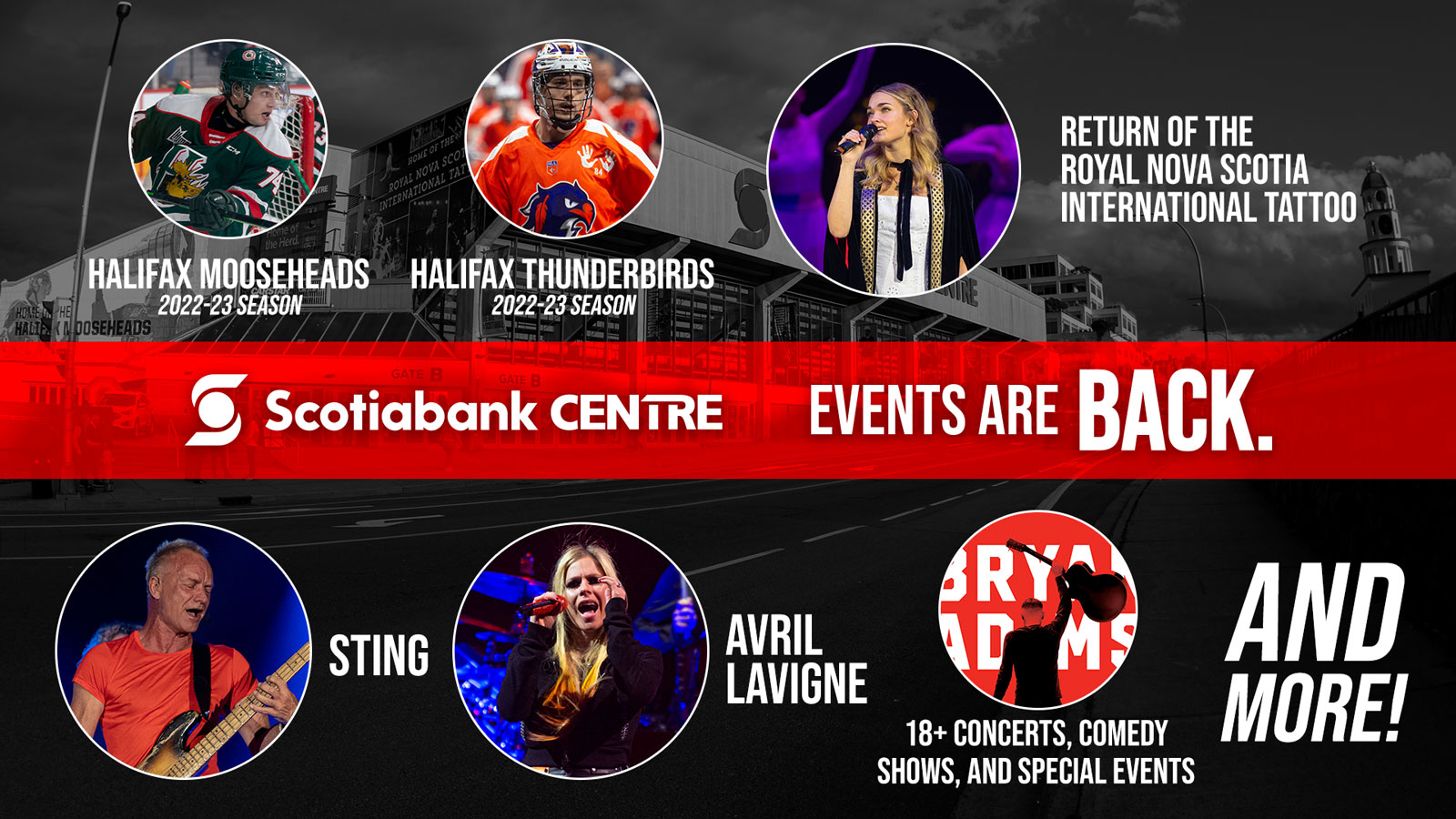